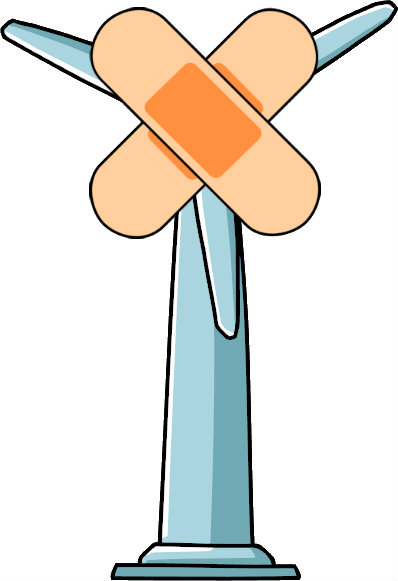 .
Hundreds of individuals, victims and groups sent a letter today to the Northeast region’s governor and premiers asking for an end to utility-scale wind development until those projects’ impacts have been addressed.

The letter comes as the officials gather this weekend in La Malbaie for the 37th Annual Conference of New England Governors and Eastern Canadian Premiers.

“We are asking them to take clear, compelling, and compassionate steps to solve the problems they have created by supporting the deployment of ‘big wind’ in our region,” said Windwise Massachusetts president Virginia Irvine. “These projects are happening in no small part because of the legislative requirements and generous subsidies for developers pushed by Governors and supported by elected officials. Those officials need to take responsibility for what has happened to individuals and communities as a result.”

“According to ISO New England, it will cost between $11 and $15 billion to build the transmission infrastructure needed to support the Governors’ and Premiers’ goals. Who will pay for that? Where will it go? What communities will be forced to pay the price? They need to answer those questions before they push more projects,” said Chris O’Neil, Public Affairs Director for Friends of Maine’s Mountains. “We hope they will start that discussion this weekend.”

“Wind energy is the least effective renewable energy option both economically and environmentally,” according to Lori Lerner, president of New Hampshire Wind Watch. “We oppose the continued destruction of our state’s most precious natural resources at the hands of industrial wind developers.”

The noise and human health concerns raised by residents living near the Falmouth Massachusetts wind turbines are not isolated cases. Luann Therrien is a neighbor to the Sheffield VT wind project whose family (including two young children) has been suffering health problems for more than a year. “The developers lied about the noise from these giant machines, and the health impacts they create,” she said. “Headaches, nausea, sleep disruption – it’s happening right now to our family and too many others. Lives are being ruined, homes and futures are being destroyed. This has to stop. At conferences like the one this weekend, protecting public health has to be on the agenda.”

The letter calls on the region’s governments to increase their coordination and share resources to better respond to the issues created by wind development. It asks officials to, “Revise or withdraw your plans that support the expansion of wind and a wind build out in rural areas to support the urban areas. Start evaluating and fixing the problems that have been created by your policies.”

“As the letter states, we need a respectful, honest dialogue about all of these issues,” Annette Smith of Vermonters for a Clean Environment said. “We don’t have ramping plants, so these projects can increase, not decrease, our region’s greenhouse gas emissions. Why aren’t we talking about that? People are as we speak getting sick and being forced to abandon their homes. Let’s have a conversation that addresses what is happening now that so much big wind has been developed in our region. Until these problems are resolved, it would be irresponsible for the Conference to continue to advocate for even more utility-scale wind projects in our region,” she concluded.

Industrial wind energy projects cause social upheaval. They can set neighbor against neighbor and pit towns against one another. Wind developers foment and exploit these divisions and the result is long-lasting damage to communities.

As a Maine resident who cares deeply about Maine’s environment, I strongly oppose Industrial Wind Energy development in our state and all Industrial Wind in general. It is a fact that it is not effective in reducing CO2, it’s too expensive and seriously degrades our quality of Place and our health!

We are victims whose property is less than 1000 feet from 1.65 MW turbine; 3 turbines can be heard and felt here. This siting is unacceptable; distance is key. Fix EXISTING problems and don’t make mistakes again!

We support significant further research and serious pause before any wind factory projects on our irreplaceable ridgelines. We also support more transparent information as to who the REAL stakeholders are as well as research into permanent ecological damage and health risks for the people involved, no less permanent property value loss and resulting damage to the local economy without any accountability regarding the wind factories!

I endorse this letter. I would clarify that “Big Wind” can be just 1-2 industrial-sized turbines in certain climates and coastal areas, and that New England does not have an auspicious wind resource even for smaller wind generators. There are many opportunities for distributed solar on rooftops, solar parking canopies and brownfields.

The wind turbines are really not going to remedy our power situation. I will not list all the drawbacks to these monster towers on the mountains overlooking Newfound Lake. I was told by the selectmen of my town that my taxes are high and I am paying for the view, and now it looks like the view will change very radically. This is a minor consideration compared to the damage done to the environment and the power produced will not be used by the people of NH, or so I’ve been told. Please don’t let this happen.

In total, approximately 100 500 foot turbines could be located on the mountain ridges surrounding my home. I am scared to death what this will do to my health and well being, as well as my neighbors’, the quality of the watershed and the fragmenting of wildlife. My home is located in one of the highest ranked wildlife habitats in New Hampshire.

These industrial sized wind turbine projects have divided towns and countries so much like the Derby Line wind project did. Dividing people and neighbors who will never speak again all for greed. At least we do not have a project here, I really feel for those that have to put up with the monstrosities.

I am an individual who had a wind turbine project proposed for adjacent to my neighborhood but due to the fact that in our town we had the benefit of notification, unlike many communities in Massachusetts, we were able to educate ourselves as to the true cost and benefits. In the end our town officials opted to pursue a more benign renewable energy platform, and our wind project was tabled.