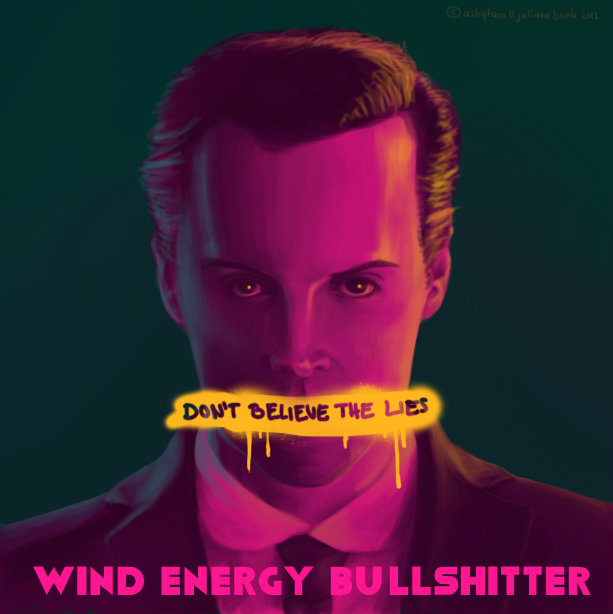 Editor’s note:  The next time a wind turbine salesman tells your town board that “wind farms,” interlinked over a widely dispersed area, provide constant, realistic energy to the energy grid—stand up and inform him that he’s a liar.  (If you have not yet learned this, better learn it now:  Wind energy companies “make up” facts as they go along, like snake-oil salesmen have done for millennia.)

They fabricate this piece of information, as well.  Paul Miskelly, an Australian engineer, carefully examined “operational data for 21 large wind farms” in eastern Australia over a 12-month period, at 5-minute increments, and discovered that wind energy is a flop.  Worse than a flop, it’s a real hazard to grid stability.

Academic discussion continues as to whether a fleet of grid-connected wind farms, widely dispersed across a single grid network, can provide a reliable electricity supply. One opinion is that wide geographical dispersion of wind farms provides sufficient smoothing of the intermittent and highly variable output of individual wind farms enabling the wind farm fleet to provide for base load demand. In an examination of the 5-minute time-averaged wind farm operational data for 21 large wind farms connected to the eastern Australian grid – geographically the largest, most widely dispersed, single interconnected grid in the world (AER, [1]) – this paper challenges that opinion. The findings also suggest that the connection of such a wind farm fleet, even one that is widely dispersed, poses significant security and reliability concerns to the eastern Australian grid. These findings have similar implications for the impact of wind farms on the security of electricity grids worldwide. 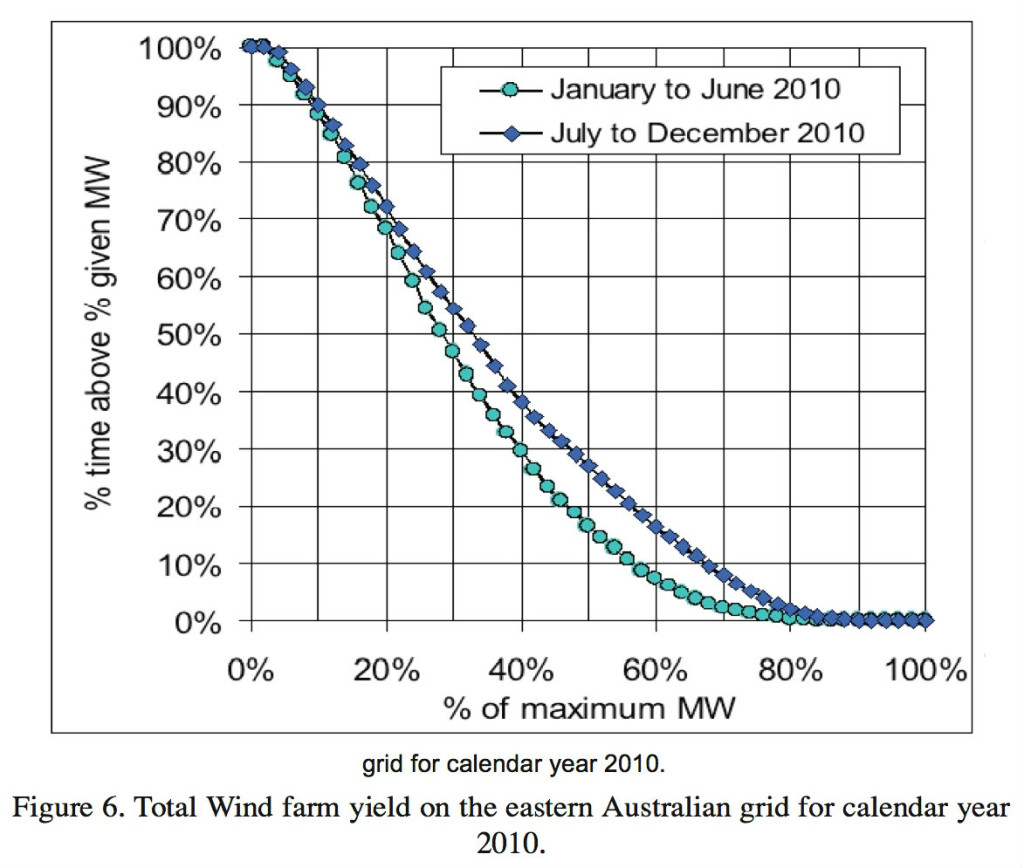 Engineers are required to do more than merely analyse and report on natural phenomena. They are required to create practical solutions to real world problems. In so doing they must test and design systems ensuring that they have addressed the worst case scenarios. As a result, they may not concentrate merely on average values. With these requirements firmly in mind, to the electrical engineer, a careful scrutiny of the available wind farm operational data shows that, on the eastern Australian grid, it is not possible for wind energy ever to displace dispatchable, reliable generation supplying the base load demand. In this regard, an examination of the graphs comprising Figure 3 clearly indicates that the proposal by some Australian policymakers to replace major coal-fired power stations with a fleet of wind farms is not technically achievable.

Additionally, the analysis shows that further increased wind penetration, even if spread evenly across the eastern Australian grid, will result in an increasing contribution to grid instability, potentially making wind energy an increasing threat to grid operational security and reliability. To continue a policy strategy to increase wind penetration across the eastern Australian grid, to seek to meet a target of some 20% installed capacity, as has already been achieved in South Australia, (with the presumption that wind may thereby meet 20% of base load requirements), has the potential to be a dangerous strategy.

To address the increased instability due to wind, a fleet of fast-acting OCGT generation plants may well be required to back up wind’s intermittency. The use of a significantly greater proportion of this form of generation, rather than the more thermally-efficient CCGT, in the gas-fired generation plant mix may lead, seemingly paradoxically, to both higher gas consumption and higher GHG emissions from the resulting OCGT/CCGT generation mix than if wind generation was not included in the generation portfolio.

As the eastern Australian grid is:

»as the present wind farm fleet is dispersed across it at its widest portion in the east-west direction, that is, in the direction of the prevailing mesoscale atmospheric circulation,

» and that this fleet also occupies a significant region in the north-south direction,

these conclusions are significant for grids worldwide.