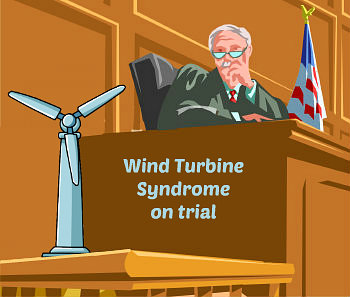 A judge has ordered Consumers Energy to come up with a plan to rid its Lake Winds Energy Plant of excessive noise levels.

Last month, Consumers Energy asked the 51st Circuit Court to overrule Mason County’s finding that the Lake Winds industrial plant is not in compliance with the county’s noise ordinance. As part of that legal action the utility also wanted the court to issue a stay that would block efforts by Mason County to enforce the county’s interpretation of the ordinance until after the case had been argued in court.

On Monday, 51st Circuit Court Judge Richard Cooper denied the CMS request for a stay and ordered the utility to submit a plan to the county by today to mitigate the noise problem. In response, CMS officials said they would comply and a mitigation plan would be submitted.

“We were asked to submit a mitigation plan by Feb. 7 and we will do so,” CMS spokesman Dennis Marvin said. “It will be up to the county to make a determination on our plan. At the present time, we do not know how that process will work.”

Marvin said the judge’s decision not to grant the CMS request for a stay will not prevent the utility’s case from moving forward.

“We believe the arguments we’ve outlined are well founded,” Marvin said. “We look forward to the court’s review.”

However, there isn’t any wiggle room for mitigating the noise issue, said Kevon Martis, director of the Interstate Informed Citizens Coalition (IICC), a non-profit organization that is concerned about the construction of wind turbines in the region.

“There are only two ways to reduce the noise level,” Martis said. “One would be to increase the distance between the turbines and the homes, and it is too late for that. The other is to reduce the decibel level, which would significantly increase the operating costs of the plant.”

Lake Winds is a 56-turbine facility located south of Ludington in Mason County. It was the utility company’s first wind plant project in Michigan. Residents who live near the $250 million plant began complaining of health problems shortly after the turbines began operating. They filed a lawsuit on April 1 arguing that noise, vibrations and flickering lights emanating from the wind plant were adversely affecting their health. Among the symptoms noted in the lawsuit were dizziness, sleeplessness and headaches.

Lake Winds is part of the utility’s effort to meet Michigan’s renewable energy mandate, which requires that 10 percent of the state’s energy be produced by in-state renewable sources by 2015. Though the mandate was ostensibly aimed at reducing carbon emissions, the 2008 law did not require that emissions be monitored to measure the mandate’s actual impact.