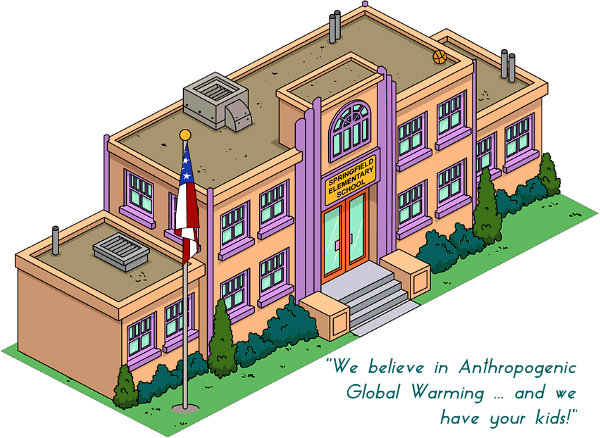 Basically the GWPF is a group of former high level U.K. government officials, Members of Parliament, and a host of scholars from heavy-weight universities, worldwide, who are alarmed at the hysteria and brainwashing being orchestrated by energy corporations (read:  Wall St. banks) who have much to gain.  (Note:  The GWPF does not accept money from any energy company or donor representing the interests of an energy company.  In other words, it is not a front for Big Oil or Big Wind or Big Nuclear, or Big Anything for that matter.)

The GWPF does not deny climate change; indeed, its members cover the entire spectrum, from those who are convinced it’s chiefly human-caused to those who think the whole thing is moonshine.  Listen carefully to what I’m saying:  The GWPF is insisting on real science, not agenda-driven science.  It is insisting on rational decisions, not “climate dogma,” as we chart our future.  Their goal is to tone down the rhetoric, strip ideology out of climate science, and remove the corporate financial agenda and government power-grabbing from the whole climate conversation.

As a retired professional historian, I agree.  History is loaded with paroxysms of mass hysteria about one “belief system” or “cause” or “noble ideal” after another — with results that were always disastrous.  That’s not all:  Someone always got very wealthy and powerful from championing that noble ideal or doctrine or to-kill-for worthy cause.  Someone always morphed into a tyrant and became completely corrupt, and did incalculable damage, from being the “savior-in-chief” of humanity — whatever the issue du jour.

I warn you:  Don’t let this happen!  I see the GWPF as a sane voice in the gathering madness of “Oh my god, the earth is about to incinerate as a result of human misbehavior, and governments and corporations and schools need to do something about it, NOW!”  This is a recipe for dictatorship.  Tyranny.  Big Brother.  Totalitarianism.  The likes of which humanity has never seen.

Anyhow, the GWPF has just issued a stunning document on how children in British public schools are being brainwashed (greenwashed) about global warming.  Again, I caution you:  The GWPF is not taking a position “yea” or “nay” on global warming; it’s stripping the discussion of junk, agenda-driven science, corporate interference, and political opportunism and imperialist ambition.

“Imperialism”?  Yes, as with natural gas fracking becoming a weapon, a tool of public policy over who supplies Eastern Europe, especially the Ukraine, with fuel.  When matters of empire, politics, ideology, or corporate profit enter the debate — be it wind energy, fracking, solar power, oil, nuclear — science and reason immediately become corrupt and, frankly, dangerous.  Readers of this blog have witnessed this aplenty in the wind energy uproar — rife with ideologically-driven science and medicine. 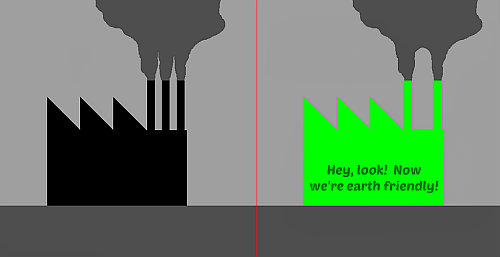 — by Andrew Montford & John Shade
.
_ (Click here for PDF of the report, here for its appendices, and here for a link.)

Children are being treated as political targets by activists who wish to change society in fundamental ways. This is unacceptable whether or not they are successful — from the Introduction, p. 10.

A general State education is a mere contrivance for moulding people to be exactly like one another; and as the mould in which it casts them is that which pleases the dominant power in the government, whether this be a monarch, an aristocracy, or a majority of the existing generation; in proportion as it is efficient and successful, it establishes a despotism over the mind, leading by a natural tendency to one over the body — John Stuart Mill, “On Liberty.”

.
Foreword by Professor Terence Kealy, Vice-Chancellor of the University of Buckingham

Politicians and political activists have always wanted to control the schools, for obvious reasons. St Francis Xavier of the Jesuits may or may not have said ‘give me the child until he is seven and I’ll give you the man’ but too many politicians have wanted the child until he or she is seventeen, just to make sure.

In this impressive paper Andrew Montford and John Shade have shown how effectively eco-activism appears to have captured our schools’ curriculums. It is of course true that the greenhouse effect is based on good physics, but even better physics recognises that the globe is a complex system and that many different effects – not just the greenhouse effect – will influence the climate. And since we cannot yet model the world’s climate with confidence, we must be suspicious of the certainty with which eco-activists seek to influence the schools’ curriculums.

Eco-activism is, as Montford and Shade have shown, only the most recent example of attempted curriculum-capture by political activists, so we need to construct institutions to protect the schools from such capture. Montford and Shade have invoked the horrible examples of education under the communist regimes of Eastern Europe or China, and in so doing they point the way to the only solid future – democracy.

Educational researchers such as EG West (Education and the State, 1965) and James Tooley (The Beautiful Tree, 2009) have shown how the nationalisation of the schools in England and Wales during the 19th century was a mistake, which neither increased the expenditure per pupil nor fostered social justice – it only handed the schools over to John Stuart Mill’s ‘dominant power in government.’

But the nationalisation of the schools is now effectively irreversible, so how can we protect the curriculum within it? One harbinger is provided by the UK Statistics Authority, which is funded by government but which reports not to a minister but directly to Parliament. Thus its independence is optimised. Perhaps we now need a Curriculum Authority, reporting to Parliament via a select committee, because by its nature a legislature can foster a wider range of views than can the executive branch of government.

In the meantime, let us echo the call from Montford and Shade for an independent review of our current climate curriculum, because if – as the title of their paper suggests – schools are indoctrinating rather than educating, we have a problem.

We have found examples of serious errors, misleading claims, and bias through inadequate treatment of climate issues in school teaching materials. These include many widely-used textbooks, teaching-support resources, and pupil projects.

We find instances of eco-activism being given a free rein within schools and at the events schools encourage their pupils to attend. In every case of concern, the slant is on scares, on raising fears, followed by the promotion of detailed guidance on how pupils should live, as well as on what they should think. In some instances, we find encouragement to create ‘little political activists’ in schools by creating a burden of responsibility for action on their part to ‘save the planet’, not least by putting pressure on their parents.

The National Curriculum has recently been reviewed by the government, but the proposed changes seem unlikely to prevent such practices.

Surveys show that many children are upset and frightened by what they are told is happening to the climate.

Teachers and administrators have a fairly free hand to choose textbooks, other materials, visiting speakers and school trips for pupils provided they fit in with curricular goals. This raises the risk that some may select alarming and politi- cally loaded sources in order to win children over to the ‘environmental cause’. This ‘cause’ is often presented through the notion of ‘sustainability’, a poorly- defined catchword covering political and personal actions for which funda- mental criticism is rarely entertained.5 Many campaigning NGOs and other organisations with vested interests such as energy companies proffer teach- ing materials and other resources for use in schools. Some of it is presumably being used.

There are clear grounds for very serious concern. We therefore call upon the Secretary of State for Education and his counterparts in Scotland, Wales and Northern Ireland to undertake urgent inquiries into climate change education in our schools. Only a systematic evaluation of what is going on can determine the extent of the indoctrination as well as the emotional and educational harm to pupils that is undoubtedly resulting.