The banality of evil is alive and well on Cape Cod 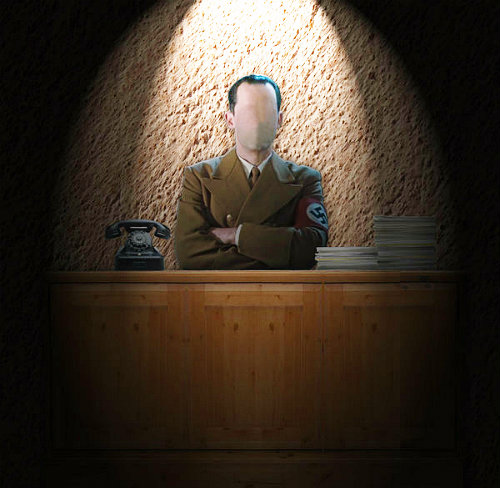 .
My local newspaper recently published one of the ugliest, most mean-spirited op-eds I’ve ever read.  According to its author, Melody Affonce, anyone whose health is harmed by wind turbines must furnish unassailable proof before we take action to prevent further harm.  She compares these victims to those seeking workers compensation, welfare, or disability benefits.  (The fact that, so far, no one in Little Bay, Mass., is asking for compensation didn’t cross Affonce’s luminous mind.)

At the moment, the only thing the turbine neighbors are actually asking for is relief.  They just want to be free from the misery of headaches, dizziness, nausea and sleeplessness that they or their families experience whenever the turbines are spinning.  Affonce would deny them the same protections enjoyed by every other law-abiding citizen, and ignore their legal right to the peaceful enjoyment of their homes.  By her tortured logic, if people are beating you, you should have to prove that it hurts before you are justified in asking them to stop.

How far does Affonce’s evident endorsement of undeserved brutality and neglect go?  Perhaps we should deny medical treatment to seniors until they prove with certainty that they actually need it.  It is well known that care for the elderly absorbs a disproportionate amount our society’s healthcare resources through Medicare.  In the Affonce-care approach, we could dramatically decrease the cost of healthcare—not to mention the elderly population.  As long as we vote on this, it’s fair and just, right?

After the Vietnam War, we ignored the obvious suffering of vets with PTSD for over thirty years.  They couldn’t prove they were actually wounded—or that it was caused by combat.  The neurological damage of PTSD isn’t as obvious as the wounds caused by bullets and shrapnel—even though it is sometimes more debilitating.  According to Affonce’s line of reasoning, we should continue to deny all vets any mental health care or intervention until they prove they have sustained neurological injuries in battle.

No doubt, Affonce can tell us how to furnish proof of pain or suffering.  (How does one prove a headache, dizziness, or nausea?  The obvious fact that one cannot demonstrate somatic experiences, whether pleasant or painful, also escapes her gleaming intellect.)

To satisfy Affonce’s quest for absolute certainty, I modestly propose that we begin vivisecting one turbine neighbor each month until her hunger for “knowledge” is completely satisfied.  Sound reasonable?

When a doctor takes an x-ray, she does so to find the cause of pain.  She begins by assuming that your complaint is valid because she has an ethical obligation, known as duty of care, to take her patients complaint seriously.  We have a similar ethical duty to care for one another — called humanity.  You may know it as the Golden Rule.  Apparently, Affonce doesn’t feel bound by it.  Some people don’t mind cruelty as long as they aren’t disturbed by screaming.

For two years now, we have concentrated people in an infrasound ghetto against their will, subjected them to incessant low frequency pressure waves, and forced them to live in amplification chambers (which they once called home).  We are depriving them of their health, their livelihoods, and their basic human rights.  We are subjecting them to unwarranted experimentation.

Under these circumstances, Affonce’s demands aren’t just morally depraved—they are dangerous. At the Wind Forum in 2012, I described the siting of these turbines as an ominous social experiment and warned where it leads.  It may surprise you to learn that two of the diabolical experiments conducted at Dachau were designed to test the limits of human endurance to extreme pressure conditions and chronic sleep deprivation.  At Nuremburg, those who conducted them argued that the experiments were for “the greater good.”

At the forum, I asked:  Aren’t we better than this?  My question was rhetorical because I believed the answer was yes.  But when opinions like Affonce’s go unchallenged, I’m not so sure anymore.

When the silent majority watches impassively while wind zealots blame their victims, ignore human anguish, and applaud the trampling of basic human rights for the sake of some bankrupt ideological delusion disguised as the greater good, we inch ever closer to exactly the kind of unwarranted experimentation the Nuremburg Code was intended to prohibit.

Many have stood by, while officials make public apologies to their victims on public access television, like some circus sideshow, and hypocritically proclaim that “everyone deserves a good night’s sleep.”  Yet, none of these officials demands action to ensure that everyone gets one.  They personify what Hannah Arendt so aptly referred to as the banality of evil.

When the obvious truth is fully acknowledged, people like Affonce will be the first to claim, “We didn’t know!”