The Misuse of Infrasound: Industry, military, and now the cops

Editor’s note:  Most readers of this site are familiar with the wind industry’s misuse of infrasound:  The industry at first claimed there was zero infrasound coming from their turbines.  When they could no longer cover their genitals with that preposterous fig leaf, they went on to hire a fool who made himself famous brazenly declaring that, though there was infrasound, it was so insignificant as to be irrelevant.  When that fig leaf was likewise blown away by empirical evidence, they retreated to the pathetic argument, “Well, hell!  If people are getting sick, it’s their own damn fault!  They’re making it up!”  And so it goes.

Of course, the military industrial crowd has been jerking off over infrasonic weaponry (“acoustic weapons”) for decades.  Do a Google search to find titillating reading of varying degrees of credibility.

Now (see “Police Use Military Megaphone,” below) New York City cops are using it.  But, like Big Wind, they’re pretending they’re not.  And the manufacturer of this diabolical toy (“military megaphone” my ass!) is being just as coy.  The issue is not so much what the cochlea “hears,” but the sound pressure that messes up the vestibular organs—the sound pressure that, as others have put it, “kills us softly with its torture.”  Or not so softly, depending on intensity, duration of exposure, and pulse of the infrasound.

Read on.  The New York Civil Liberties Union, by the way, has been hornswoggled.  This $35K weapon is not about “communication”; it’s about torture. 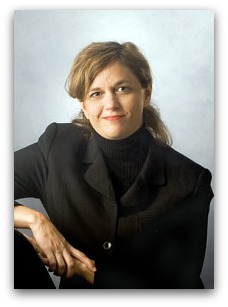 .
Read Professor Karen Piper’s experience with this same device.  The following is taken from Piper v. City of Pittsburgh, US District Court for the Western District of Penn., Case 2:11-cv-01215-MPK, filed 09/21/11.

24. When the LRAD was activated, Plaintiff suffered immediate pain in her ears, and she became nauseous and dizzy. She developed a severe headache. She was forced to sit down and was unable to walk.

25. When the LRAD was activated, Plaintiff was an innocent bystander and was lawfully and properly exercising her rights and privileges to be on or about the streets and sidewalks of the City of Pittsburgh.

40. As a foreseeable and direct result of the actions of Defendants John Does No. 1, No. 2, No. 3 and No. 4 as described above, Plaintiff suffered injuries including permanent nerve hearing loss; tinnitus; barotrauma [trauma from intense pressure changes, typically in the inner ear and lungs—this is what bats die from when they encounter wind turbines—”exploding lungs”]; left ear pain and fluid drainage; headaches; dizziness; nausea; and physical pain and suffering. Plaintiff suffered the violation of her Constitutional rights as described in Paragraph 38 above.

41. Some of the aforesaid injuries may be permanent in nature and Plaintiff may be forced to submit to medical and medicinal treatment and to expend sums of money for doctors, medicines and other items in the future.

42. All of the above actions by Defendants John Does No. 1, No. 2, No. 3 and No. 4 were purposeful, malicious, arbitrary, capricious, irrational, reckless, wanton, without justification and outrageous, and they reflected a conscious and deliberate indifference to the needs and safety of Plaintiff. Said actions shock the conscience. 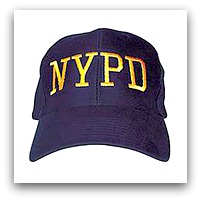 “Police use military megaphone to amplify their point to protesters”

“Sound is the equivalent of a power saw at close range” (Except that’s only half the story; the other half being the part you don’t “hear” but “feel”—Editor)
.

The New York Police Department’s (NYPD) anti-protest arsenal includes an amplifier developed for the military — but it’s being used as a loudspeaker, not a “sound cannon” to break up crowds. 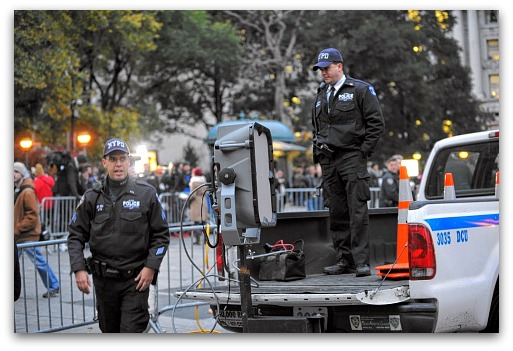 It’s called a Long Range Acoustical Device (LRAD) and it has the ability to blast a small area with 110 decibels of sound — the equivalent of a power saw at close range.

But police officials say that’s not how it’s being used at Zuccotti Park and other protest sites, where it functions as the world’s clearest megaphone.

“We set it up away from where a crowd is. We create a 50-foot safety zone. It sends out a clear, uniform message that can be heard for several blocks.”

The California company that invented the device says it was developed after the bombing of the USS Cole in Yemen in 2000 so naval ships could communicate with anyone approaching.

The system sends out a highly magnified beam of sound in much the way a lens focuses a beam of light.

The company is loathe to say it can be used as a weapon or discuss the potential physical effects of being bombarded with ear-splitting noise at close range.

“Can your car horn be used as a weapon? Can you play loud noise with the LRAD? Absolutely,” said Scott Stuckey, vice president of business development.

“They could cover their ears if it’s too loud.”

Critics say the devices have the potential for misuse by civilian agencies and can cause hearing loss, headaches or nausea.

The New York Civil Liberties Union said the $35,000 devices should only be used for communication purposes.

“It clearly can be used to disperse people,” said Christopher Dunn, associate legal director. “They cause physical pain to make people move.”

He said the group has received no reports of the NYPD using either of its two LRADs as a weapon.

“Making announcements that people can hear is always good,” he said. “Using a sonic cannon to disperse people is not.”