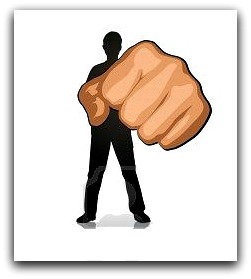 ·
The recent reports of sick and exhausted residents living close to the Leonard’s Hill wind turbines were inevitable.

Sadly, no amount of community consultation or ownership in the developer, Hepburn Wind, has been effective in protecting the health and wellbeing of these residents.

The directors of Hepburn Wind cannot say they operated in a knowledge vaccum.

Firstly, in an email dated October 18, 2010, the Waubra Foundation’s medical director Dr Sarah Laurie told Hepburn Wind’s chairman Simon Holmes à Court and CEO Jack Gilding of her concerns about the proximity of residential housing to the siting of the then not-constructed turbines.

Further, at Dr Laurie’s instigation, a meeting was then held earlier this year between herself and Mr Holmes à Court at which Dr Laurie again reiterated her concerns and pleaded with Mr Holmes à Court to delay operating the turbines until a proper independent health study had been conducted.

Most unfortunately for some residents, Dr Laurie’s advice was without effect—except that Mr Holmes à Court, in his oral testimony to the Australian federal senate inquiry, accused Dr Laurie of scaremongering.

Dr Laurie, Dr Andja Mitric-Andjic from Daylesford, and Dr Wayne Spring from Ballarat, in common with Dr David Iser, who observed and wrote of problems at the Toora Wind project in 2004, are all trained rural medical practitioners with the sense of duty and the courage to raise their concerns publicly.  Not as scaremongers, but as genuine clinical observers—much needed, apparently, as the industry remains in denial and our Department of Health is making negligible progress in dealing with the matter.

The whistle has been blown and warnings have been given that serious health problems are the inevitable consequence of siting wind turbines too close to rural residents’ homes.  Forget the claims that projects meet the existing noise standards; those standards have been proven inadequate and dangerous.

Hepburn Wind now has some difficult choices: continue to operate and ignore or deny the ill health and misery of neighbours, continue to operate but purchase at full value the properties whose owners are suffering, or shut down the turbines until studies are completed.

Perhaps it is time for the Environment Protection Authority to become involved.

It is in everyone’s interests to get turbine siting decisions right at the planning stage, which is only possible on the basis of expert independent acoustic and clinical research.  Until those studies are completed, no new projects should be approved and no project previously approved but as yet unbuilt should proceed.