“You cannot hear wind turbine infrasound, but your ears are indeed detecting and responding to it”

Large wind turbines generate very low frequency sounds and infrasound (below 20 Hz) when the wind driving them is turbulent. The amount of infrasound depends on many factors, including the turbine manufacturer, wind speed, power output, local topography, and the presence of nearby turbines (increasing when the wake from one turbine enters the blades of another). The infrasound cannot be heard and is unrelated to the loudness of the sound that you hear. Infrasound can only be measured with a sound level meter capable of detecting it (and not using the A-weighted scale). Video cameras and other recording devices are not sensitive to infrasound and do not reproduce it.

You cannot hear the infrasound at the levels generated by wind turbines, but your ears are indeed detecting and responding to it. The picture shows the enormous electrical potentials that infrasounds generate in the ear. The potentials (18.7 mV pk/pk amplitude in this case) are about 4 times the amplitude of any sounds that are heard. This shows the low frequency part of the ear is extremely sensitive to infrasound. Infrasound generates larger electrical responses than any other type of sound, including sounds you can hear presented at the loudest levels.

The ear is most sensitive to infrasound when other, audible sounds are at low levels or absent. That is why homes and pillows contribute to the problem. To clarify, maximum stimulation of the ear with infrasound will occur inside your home, because the audible sound of the turbines is blocked by the walls of the house, but infrasound readily passes through any tiny openings. Similarly, sleeping with one ear on a pillow will block audible sound to that ear but will not block the infrasound. In either case, the infrasound will be strongly stimulating the ear even though you will not be able to hear it. The presence of sounds at higher frequencies, in the 150 Hz – 1500 Hz range at levels above 60 dB SPL, suppresses the ear’s response to infrasound. It may be possible to mask the influence of infrasound with other noises but the frequency properties of the masking noise must be carefully considered. Frequencies above about 1500 Hz will not do anything to help. So before you use a fan or noise masker provided by the turbine company, be sure the noise has the necessary characteristics.

We know that the ear is being stimulated by this sound, but why would that matter if you cannot hear it?

There are several ways that infrasound could affect you even though you cannot hear it. They are:

We know that infrasound affects the sensory cells of the ear in a way that changes their sensitivity (like turning the volume control of the stereo up and down repeatedly). This is a biological form of amplitude modulation that cannot be measured with a sound level meter. The people who are measuring amplitude modulation of heard sounds with sound meters are looking at something completely different. Biological amplitude modulation can be much more powerful, with the volume cycling from going from “off” to “full”, rather than just changing a few dB. So, to investigate amplitude modulation without considering the infrasound-induced component is never going to explain the true nature of the problem.  Symptoms: Pulsation, annoyance, stress.

We know that activity in many nerves of the ear does not result in “hearing”. If the nerves from the utricle or semi-circular canals are stimulated, you may get eye movements and changes in tension of neck muscles, but you don’t hear it. The pathway of conscious hearing is very well established. It goes from the inner hair cells of the cochlea, through type I auditory nerve fibers, to the fusiform cells of the cochlear nucleus in the brain, and so on. This pathway has been well-studied. The outer hair cells of the ear (the ones that are sensitive to infrasound) do not connect to this conscious pathway. They connect to the type II nerves (which make up 5% of the nerve fibers), then to granule cells in the brain, then to cartwheel cells and to a host of other pathways in the brain. The cartwheel cells are known to be inhibitory to hearing which may explain why the stimulation is not heard. It is known that granule cells are connected into circuits related to attention and alerting. It is not unreasonable to think that stimulation of this pathway could wake you up, and you wouldn’t even hear what had actually woken you.  Symptoms: Sleep disturbance, panic, with chronic sleep deprivation leading to blood pressure elevation, memory dysfunction and more.

The endolymph is a fluid filled compartment in the ear, like a balloon, surrounded by delicate membranes. In some conditions, such as in people with Meniere’s disease, a swelling of this compartment occurs. These patients suffer from repeated vertigo spells, fluctuating low frequency hearing loss, tinnitus and a sensation of fullness or pressure in the ear. Low frequency sounds, at levels that are not damaging and do not affect hearing, have been shown to cause endolymphatic hydrops. This can occur quickly, but also recovers quickly so there are minimal consequences. This effect has been demonstrated with tones as low as 50 Hz, but has never been studied with lower sound frequencies or with infrasound. There is no reason to believe that lower frequency sounds will not generate hydrops, as we know that endolymphatic responses to infrasound are larger than those to heard sounds. As hydrops develops, endolymph moves and expands the weakest part of the balloon, which is the saccule. The saccule is the body’s gravity receptor, so if it is disturbed you will feel “off balance”, dizzy (subjective vertigo) and nauseaous, especially if only one ear is affected (maybe the one you had on the pillow?- see above). Studies so far have only studied this for brief exposures of a few minutes. Effects are likely to increase with prolonged exposure to the sound. Furthermore, when the endolymphatic hydrops reaches a degree where the helicotrema of the cochlea is occluded, this makes the ear about 20 dB more sensitive to the low frequency sound and will undoubtedly exacerbate the problem.  Symptoms: Unsteadiness, dysequilibrium, vertigo, nausea, “seasickness”, tinnitus, sensation of pressure or fullness in the ear.

In animals exposed to damaging noise, with and without low frequency sound present, animals had larger areas of damage when low frequency sound was present. So, if you are doing anything noisy (mowing the yard, using a chainsaw) the damage to your ears could be greater if low frequency or infrasound levels are high. Such effects may be small and may take 30-40 years to become apparent. (Unfortunately, in 40 years this will make a great epidemiological project for someone). But in the meantime, be very careful and wear hearing protection when pursuing noisy pastimes near sources of infrasound (that you can’t even hear). As a side-note, hearing protectors, especially the over-the-ear cup type, will not protect against infrasound even though they do reduce the damaging sounds you can hear. Even, in-the-ear foam plugs will not stop infrasound. Infrasound can only be blocked by a solid earplug, either custom fitted to the ear canal or sealed with jelly to generate an air-tight seal.

The above mechanisms are not speculation. Each is based on published data showing the phenomenon exists, thus making it a scientifically plausible process. No one has shown that any of these four mechanisms cannot occur. Of course, the degree to which each phenomenon occurs in humans following prolonged exposure to the infrasound from wind turbines has not yet been demonstrated. But each phenomenon now needs to be studied in more detail. The potential symptoms they could generate in people seem quite familiar, though.

The Wind Turbine Industry is generally dismissive of claims that wind turbines can affect human health. For example, Scott Smith, Vice President of Policy for CanWEA (the Canadian Wind Energy Association), referring to the report of the Chatham-Kent Tribunal (Spring 2011) stated “The wind energy industry welcomes the tribunal’s decision, as it is consistent with the balance of expert scientific and medical information which clearly indicates there is no direct link between wind turbines and effects on human health” (my emphasis added).

This dismissive statement fails to recognize another important recommendation of the Chatham-Kent tribunal, specifically “that there are some risks and uncertainties associated with wind turbines that merit further research.”

We agree that the effects of wind turbine noise on humans are largely unexplored and more research is needed. We believe that the infrasound levels generated by some large wind turbines are unusual in the environment and that there have been no systematic long-term studies of prolonged exposure to such sounds on humans or other animals.

The wind industry has taken the position that if you cannot hear the infrasound, then it cannot affect you. As you can see above, we disagree strongly based on our understanding of how the ear works. These web pages consider in more detail some of the areas that we have expertise (click here and scroll to bottom of page).
. 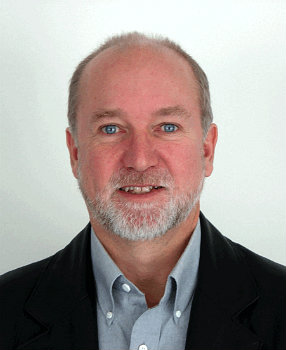