Big Wind and the “winning” of the New West (California)

Editor’s note:  Huge windfarms are being planned for southern California, inland from San Diego.  The following excerpts are taken from an alarming article describing the process.  Note that there is already a relatively small windfarm on a Native American reservation, where people even 3 miles away are reporting Wind Turbine Syndrome.

Most disturbing is the revelation that the federal government seems intent on turning large areas of wilderness into an “energy corridor”—a sanitized phrase meaning, “We are going to drive out the residents of these rural places, and turn the landscape into a massive industrial zone.  We will also drive out the wildlife, which are likewise repelled by turbine ILFN.  So we can power Los Angeles, San Diego, etc.”

If you live in rural America, you’d better give some thought to the idea that your federal government may be planning on driving you off the land.  Sound outlandish?  History is filled with illustrations of this.  Look no further than American history itself, when Native Americans were systematically run off the land in what was called, romantically, “the winning of the West.”  Now, the New West is being turned over to Big Wind (Big Energy), and that landscape is going to be “won” from—you and what remains of the wildlife. 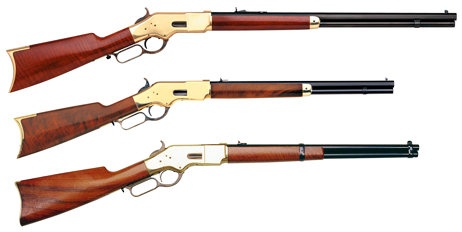 Some of you free-spirited westerners, who’ve read the Constitution, might want to hang onto your Winchesters.  Fire a few shots in the air when the wind turbine salesmen, working for the foreign company that’s gonna run you & the wildlife off the land, drive up in their fat little white trucks (all of them leased, by the way). 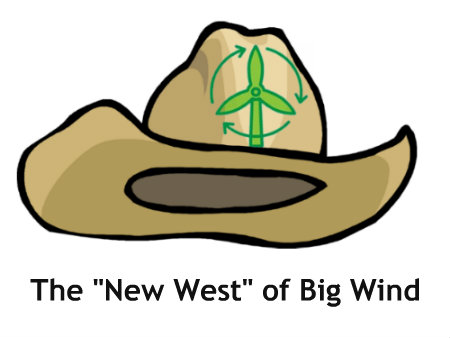 “The Betrayal of Boulevard:  Can This Happen to Your Town, too?”

Retired tugboat captain Don Renard worked hard all his life before purchasing a little piece of heaven in San Diego’s rural East County. He bought a historic house, the former Ruby Store, once a stage coach stop in Boulevard. He and his family have been working to restore it—in between savoring quiet times spent watching the hawks, owls and song birds among the old oak groves around their home.

Iberdrola, developer of Tule Wind, successfully fought to remove significant protections in Boulevard’s Community Plan during the County’s General Plan Update – changes that made it easier to build massive energy projects. Supervisors approved those changes in August 2011, tossing out years of planning by residents. Those changes appall the vast majority of those who live in this quiet rural community.

But even more changes lie ahead. Boulevard Community Plan amendments are proposed in the County’s Wind Energy Ordinance and Soitec’s Programmatic EIR for the company’s four projects planned in Boulevard. The changes would remove protections and allow big wind and solar projects to be built next to homes, livestock, sensitive habitat and other resources even though the area is not zoned for commercial or industrial development.

Supervisors and Planning Commissioners for the County are also considering zoning the area as a renewable energy resource zone. Astoundingly, the proposed amendment claims renewable energy projects such as wind and solar are not considered “industrial-scale projects or facilities” for the Community Plan. Those changes align with the federal government’s plan to turn the region into an “energy corridor” – a designation made in Washington D.C., far from the places that will be impacted.

This energy corridor is to include three massive new wind farms in the Boulevard Planning Group’s jurisdiction – Iberdrola’s Tule Wind, Invenergy’s Shu’luuk, and Enel’s Jewel Valley – slated to cover thousands and thousands of acres. A fourth is planned just south of the border and a fifth, Ocotillo Wind, is nearing completion east of here, impacting habitat shared by local bighorn sheep. That’s in addition to the existing Kumeyaay wind facility on adjacent tribal land.

Tule Wind will despoil McCain Valley, sacred to Native Americans, settled by pioneers, and long a recreational favorite for people across the Southwest for its spectacular scenic visits. On federal Bureau of Land Management property, it is also the gateway to three federal wilderness regions. Do a hundred or more skyscraper-height turbines really belong here, towering over campgrounds and pristine views of this boulder-studded terrain?

Turbines will also be visible at Carrizo Gorge, a place known as “our Grand Canyon” to locals. It’s rugged terrain, where the explorer De Anza and the Spanish army once marched, a place where Lost Rock served as a sentinel landmark guiding Native American tribes in their seasonal migrations, as well as later pioneers.

Other projects are in various stages of application. No one at the higher levels of government seems to be looking at the cumulative impacts of multiple energy projects on communities like Boulevard.

The Campo tribe operates the area’s existing Kumeyaay wind facility – with turbines much smaller than the new giants proposed.

But some of Campo’s existing turbines are very near homes – and residents living near them complain of serious health impacts that they believe are related to infrasound and stray voltage—voltage measured at 1,000 times higher than normal in their tribal hall, homes, and church. Stray voltage can travel through the air or through the ground, entering homes through plumbing pipes or powerlines.

Campo built its turbines so close to the boundary of the Manzanita Indian reservation that blade flicker shadows the Manzanita tribal hall, where the thumping and whirring of turbine blades is a near-constant presence. View a video provided by a community member: http://www.youtube.com/watch?v=B5RCciotwIY

“In the tribal hall, two women were talking on their phones and a blue arc went between them,” Tisdale says. Pointing to a house about a quarter-mile from the turbines, she adds, “That woman just had part of her kidney removed.” A neighbor has suffered from sinus and ear problems, chronic fatigue, intestinal disorders, and “her well [pump] kept shorting out,” Tisdale adds.

Manzanita tribal members have been accepted into a California State University San Marcos health study to confirm whether cases of cancer and other illnesses are caused by the turbines, as an epidemiologist who measured the stray voltage believes. But even some residents far off the reservation claim to be negatively impacted. Don Bonfiglio, who lives three miles away, has written that he is kept awake by turbines. He has also stated that he witnesses a dozen slaughtered large raptors being placed in a golf cart for disposal after they were killed by the wind turbines at Campo.

My own ear throbs and hurts near turbines in the Campo area, easing as I move farther away.

We turn onto a road leading through the La Posta reservation. A La Posta tribal member who was exposed to turbines both at home and work said they were “making her crazy,” Tisdale noted.