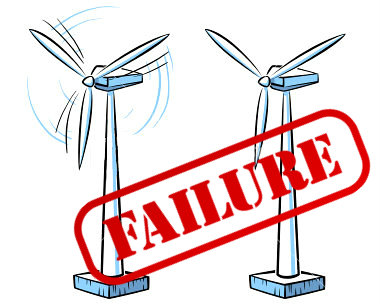 .
“The Performance of U.S. Wind and Solar Generating Units”*

Click here for a full copy of the paper.

This study has used a unique dataset to produce a large number of results on the performance of individual wind and solar generators across the US – some new results and some that confirm the prior literature.

In interpreting these results, it should be kept in mind that, as noted in the introduction, these data are incomplete on important dimensions. And they can shed no direct light on performance of wind and solar generators in regions that still lack organized wholesale electricity markets. But they do have some clear implications for the design of policies to support use of wind and solar energy.

Perhaps the most striking result regarding the value of generation from wind and solar energy was that in this sample in 2011, a kilowatt-hour produced by a solar facility was on average worth about 32% more than a kilowatt-hour from a wind plant. The average value of wind and solar output relative to baseload output may have declined during the sample period as more of both non-dispatchable technologies were deployed. Wind capacity factors were generally, but not always, above solar capacity factors, and in both cases regional differences accounted for most of the dramatic within-technology differences in capacity factors.

True to stereotype, wind plants tended to generate more at night than in the day and less in the summer that in other seasons, but there were exceptions to both generalizations, and the average differences were not dramatic. Solar plants all generated more on average during peak-price periods than at other times, while wind plants generally produced less. Outside ISONE, which alone barred negative bids, all of the plants in the sample faced negative spot prices during 2011, and 12 faced negative prices for more than 500 hours. Both wind and (during the day) solar plants generally produced positive outputs during hours with negative prices – they paid the market to take their electricity.

Wind plants in this sample averaged 948 hours a year with zero generation, mainly in episodes of three or more hours. While hours with zero generation in all sample plants in an ISO were considerably rarer, such hours occurred much more frequently than if plant-level zeros were statistically independent. If generation was positive in the adjacent hours, solar plants rarely produced less than half the mean output of those hours, and instances of zero generation in such cases were very rare indeed.

All but one of the tables discussed above provide information on the cross-section variation of various dimensions of individual generating plant or ISO average performance, and half the tables provide information on variation between early and late periods. Figures 1 and 2 depict the cross-section variation in value and capacity factors, and Table 2 demonstrates that regional differences drive the striking variation in value factors. Variation on some other dimensions of performance is also substantial among plants in 2011, between early and late periods, and, in some cases, between ISOs.

Most wind plants generate less in the summer than other seasons, for instance, but not those in CAISO. Most wind value factors are less than those of constant-output baseload plants, but not those of the two coastal plants in ERCOT. For other technologies, historical averages may be good predictors of the performance of new facilities, but that is clearly not true for wind or solar generation. Site selection is important, regions differ, and performance varies over time.

Two of the patterns noted above that seem particularly robust have clear implications for public policy. First, when spot prices are negative and they can generate, wind and solar plants generally do so. One can debate whether it is desirable to subsidize renewable generation at all, since doing so is clearly more costly than taxing emissions of carbon dioxide as a means of slowing climate change and is a similarly inefficient approach to reducing local air pollution. But there can be no doubt that encouraging renewable generation when its marginal value to the electric grid is negative raises costs to society, but that is what both the federal production tax credit (for wind) and state RPS programs (for both wind and solar) do – along with most of the feed-in-tariff schemes in widespread use outside the US.53

In regions with organized wholesale markets and nodal pricing, it would be more efficient to pay output subsidies only when the spot price is positive or even to make them proportional to the spot price. In regions that have not yet adopted this modern design, however, there is no obvious way to provide incentives for wind or solar generators to reduce their output when it has negative social value.

A second robust pattern is the huge regional differences in facility performance – most clearly the capacity factor differences presented in Table 2 and depicted in Figures 1 and 2. One important reason why plants are sometimes built on sites that will produce poor performance is that site choice is constrained by state RPS programs that limit the locations of facilities that can be used to satisfy utilities’ renewable energy requirements, often because of a desire to create in-state jobs. Since wind and solar generation are very capital-intensive technologies, it is not clear that these limits can ever in fact have much impact on any state’s employment. But it is clear that for the nation as a whole it would be more efficient to generate electricity from solar power in CAISO than in ISONE, and it would be more efficient to generate electricity from wind in SPP than in NYISO.

If there is a national interest in subsidizing the generation of electricity from wind and solar power, a national RPS program or feed-in-tariff would give a much higher return per dollar spent than a collection of state plans that restrict generator siting.

53 See Schmalensee (2012) and the references there cited. It should also be noted that the efficiency of the production and investment tax credits are further reduced because firms without substantial taxable income must engage in tax equity financing in thin markets with high transactions costs (Bipartisan Policy Center, 2011). But, of course, tax expenditures don’t look like spending at first glance, and their costs are generally well hidden. 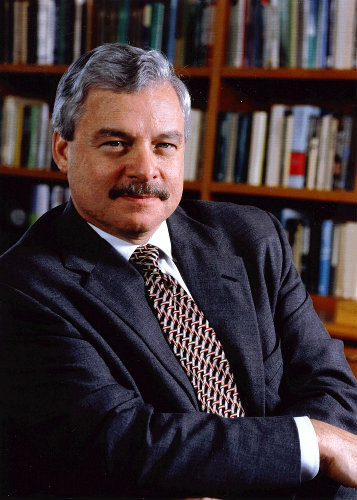 * Editor’s note:  My appreciation to Dr. Carl V. Phillips for alerting me to this article.