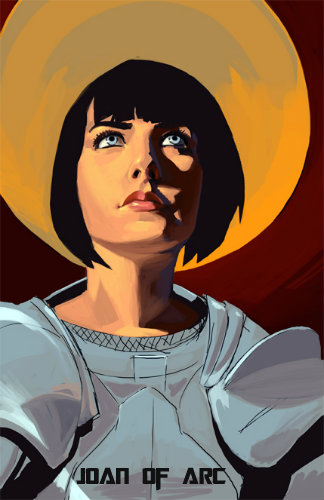 The Goliath of the wind-energy business is suing David. The defendant is Esther Wrightman, an activist and mother of two from the tiny town of Kerwood, Ontario, which sits roughly halfway between Detroit and Toronto.

Wrightman, 32, has angered the Florida-based NextEra Energy (market capitalization: $32 billion) by starting a couple of bare-bones websites, ontariowindresistance.org and mlwindaction.org, as well as a YouTube channel, which she uses to lampoon the company. In its lawsuit, filed on May 1, NextEra claims that Wrightman has misused its logo and libeled the company by calling it “NexTerror” and “NextError.” And while the company doesn’t specify the amount of damages it seeks from Wrightman, it says that it will donate any proceeds from the litigation to United Way.

NextEra owns some 10,000 megawatts of wind-generation capacity, or about one-sixth of all U.S. capacity. And the company is aggressively developing six new wind projects in Canada, one of which, the Adelaide Wind Energy Centre, aims to put 38 turbines just north of Wrightman’s home. (You can see her property and the surrounding land by going here.)

NextEra’s filing against Wrightman is a textbook case of a SLAPP suit, a strategic lawsuit against public participation. And it’s a particularly loathsome one as NextEra filed it in Ontario, the epicenter of the backlash against the encroaching sprawl of the 150-meter-high, noise-producing, bird-and-bat-killing, subsidy-dependent wind-energy sector.

Making it yet more loathsome: The suit was filed just before the Ontario legislature began considering a bill that would limit SLAPP suits. SLAPP suits have been common — and largely successful — in recent years in several Canadian provinces, including Ontario and British Columbia. Limits are needed, says Ontario’s attorney general, John Gerretsen, because SLAPPs have a “chilling effect” on public debate. Nearly 30 U.S. states have enacted laws to prevent SLAPPs.

Ontario is home to more than 50 active anti-wind-energy groups. Numerous towns in the province have passed regulations to prevent the construction of turbines in their areas. Last year, Health Canada said it would conduct a study into the health effects of the infrasound and low-frequency noise generated by wind turbines.

Ontario currently has about 1,500 megawatts of installed capacity. By early 2014, that number is expected to nearly triple, to some 4,300 megawatts. NextEra alone has plans to develop 600 megawatts of wind in Ontario, according to its spokesman Steve Stengel.

Peter D. Kennedy, an attorney based in Austin, Texas, whose practice focuses on technology and libel law, says NextEra’s suit is an attempt to silence Wrightman. “Besides being almost impossible to win,” he told me, “these kinds of lawsuits are almost never a good idea. They turn critics into martyrs and make the company look like a bully.” Like Americans, Canadians have the right to, as Kennedy puts it, “express their opinions in unpleasant ways, and they can use parody in their criticism.”

Perhaps the most stunning aspect of NextEra’s lawsuit is its claim that Wrightman — by merely opposing its wind projects — is a “competitor insofar as she is seeking donations in order to divert business from NextEra to other energy-producing businesses in Ontario.”

Just for a moment, let’s consider the outrage that might be heard from the Sierra Club or Greenpeace if an oil and gas company were to file a similarly specious lawsuit against one of the many activists who oppose drilling and/or hydraulic fracturing. What’s to prevent Shell or Chevron from suing Yoko Ono? She’s a leading critic of hydraulic fracturing. On the logic of NextEra’s lawsuit, therefore, she has become a “competitor” to Shell and Chevron thanks to her promotion of renewable energy. Or what if Devon Energy sued Josh Fox, the poseur/auteur behind the film Gasland, which contains numerous false statements about oil and gas production?

What’s at stake here? For Wrightman and other anti-wind activists, the issue is freedom of speech and their right to fight to protect themselves and the value of their homes from the noise and other issues that come with having 500-foot-tall turbines in their neighborhoods. Regardless of your feelings about wind energy, NextEra’s SLAPP suit against Wrightman should be condemned. She is simply exercising her rights. She should not be harassed just because she has hurt the feelings of someone at NextEra, a company that was named to the 2012 Dow Jones Sustainability Index.

Sustainable or not, NextEra clearly sees big profits in Canada. The company’s 60-megawatt Adelaide project, the one it plans to build near Wrightman’s home, has been awarded a contract for a lucrative feed-in tariff from the Ontario Power Authority. That contract guarantees the company 11.5 cents (Canadian) for each kilowatt-hour of electricity it generates from the Adelaide project for the next 20 years. That’s an enormous subsidy. In the U.S., wind-energy producers usually get a subsidy of 2.2 cents per kilowatt-hour. The Ontario subsidy for wind energy exceeds the average cost of electricity in the U.S., which, according to the Energy Information Administration, is now 9.7 cents per kilowatt-hour

A back-of-the-envelope calculation shows that with the feed-in tariff, NextEra’s Adelaide project (assuming it operates at full capacity one-third of the time) will produce about $20 million per year in revenue. That will result in a huge return on investment. Installing each megawatt of onshore wind-energy capacity costs about $2.2 million. Therefore, NextEra will likely make back its entire investment in the Adelaide project (about $132 million) in less than seven years. After that, all the revenue will be profit.

NextEra calls itself “a leader in clean energy.” But the company also has the distinction of being the only company to ever be publicly pressured by a governmental entity over the birds that are killed by its turbines. In 2010, then–attorney general Jerry Brown brokered a $2.5 million settlement with NextEra Energy Resources for the bird kills that were occurring at the company’s Altamont wind project, located about 40 miles east of San Francisco. In 2011, the Los Angeles Times reported that about 70 golden eagles per year are being killed by wind turbines located at Altamont. That finding follows a 2008 study funded by the Alameda County Community Development Agency, which estimated that about 2,400 raptors, including burrowing owls, American kestrels, and red-tailed hawks — as well as about 7,500 other birds — are being killed every year by the wind turbines at Altamont. (Despite numerous violations of both the Migratory Bird Treaty Act and the Eagle Protection Act, not a single wind-energy company has ever been prosecuted by the U.S. government under those laws.)

Wrightman has put a spotlight on NextEra’s bird policies in Canada. In January, she filmed the company’s workers as they cut down a bald-eagle nest in Haldimand County in southern Ontario and posted the video on YouTube. (NextEra did have permission from the Ontario Ministry of Natural Resources to remove the nest, which was located close to one of the company’s wind-turbine projects.)

In picking a fight with Wrightman, NextEra has acquired a feisty foe. When I spoke to her by phone last week, Wrightman made it clear she won’t alter her website or quit speaking out. Of the 100 wind turbines planned for her county, more than a dozen are slated to be built within a couple of miles of her home, and one could be built just 1,600 meters away. “I was born and raised here,” she told me. “You know every tree. Every animal. You know the sky. And for that sky to be industrialized and to have absolutely no say in the process infuriates me.”

In an e-mailed statement, NextEra — which is represented in the litigation by McCarthy Tétrault, the fourth-largest law firm in Canada, with 590 lawyers — told me its lawsuit against Wrightman is “not a SLAPP suit” and that its litigation is “a measured response to protect the goodwill associated with NextEra’s name.” The company said it sued because Wrightman is “distorting, mutilating or otherwise modifying NextEra’s corporate names and logos.”

What if NextEra wins in court? Wrightman, who can’t afford to hire a lawyer and wrote her own defense (and has asked the court in Toronto to waive the $144 filing fee), says she’s not overly worried. “We have nothing,” Wrightman told me. She works part time for her parents in their small mail-order nursery business, Wrightman Alpines. Her husband is on disability. They rent the house they live in, for $825 per month. They transport their two children, Thomas, ten, and Clara, seven, in their one car, a silver 2001 Toyota Echo, which has over 200,000 miles on it.

If NextEra wins the lawsuit against her and “they want that car, go for it,” Wrightman told me with a gentle laugh. “What else can they take?”

.
Robert Bryce, a senior fellow at the Manhattan Institute, is the author, most recently, of Power Hungry: The Myths of “Green” Energy and the Real Fuels of the Future.