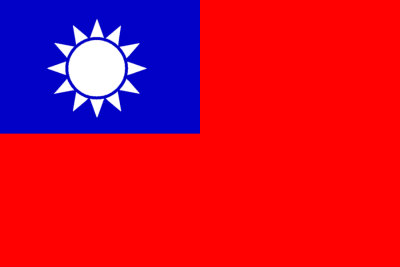 The Bureau of Energy (BOE) earlier this week requested the UK’s Tongyuan Wind Power (TWP, 通威風力發電) to suspend installing six wind turbines in Miaoli County after protests by local residents who said the company’s construction activities had severely affected their quality of life.

The bureau yesterday said that more than 300 wind turbines have been installed on the west coast since 2000, but the latest incident is not the first time local residents have protested against power companies.

However, the bureau said it would make an overall review of similar projects to avoid causing public anxiety and help wind turbine installations proceed more smoothly in the future.

TWP has built 144 wind turbines in Taiwan over the past 10 years and this is the first time it has encountered protests from residents and been forced to pause construction.

On Wednesday, more than 200 Miaoli residents led by County Representative Liu Bao-ling (劉寶鈴) protested outside the Ministry of Economic Affairs to demand that the bureau end TWP’s wind turbine installations amid concerns the project would damage the county’s landscape, make low-frequency noise and affect drivers’ safety.

“TWP needs to continue further negotiations with residents on its wind turbine installation project. Before the two parties reach a deal, any kind of construction activity is banned, even though the company has obtained construction consent from the bureau,” bureau technician Chen Jing-shen (陳景生) said by telephone.

TWP said that before the construction project started in October last year, the company had reached an agreement with residents of Fangli (房裡), Haian (海岸), Shihpin (西平) and Yuangang (苑港) villages in meetings that were required by the Environmental Protection Administration during an environmental assessment.

“We invited local residents to come to meetings many times by posting announcements on the Yuanli (苑裡鎮) town hall’s bulletin board. However, only 10 to 20 people attended each meeting and the majority showed support for our construction project,” TWP deputy chief executive officer Wang Shuei-yi (王雪怡) said by telephone.

Wang said TWP in June obtained construction licenses for two and four wind turbines in the first and the second phases respectively, but was forced to stop working on the project last month, after local residents protested at the construction sites, saying that the construction had greatly reduced their quality of life.

“We provided evidence that proved our construction process was in accordance with the rules, and invited residents to visit our construction sites, but they were unwilling to accept our accounts for unknown reasons,” she said.

In response to the protesters’ claim that the six wind turbines were installed less than 200m from residents’ houses and that more than 4,000 people, or 56 percent of the township’s population, had said they did not support TWP’s construction project “because it is too close to their houses,” Wang said TWP clearly specified that each turbine was at least 350m from any building, and cast doubt on the petitioners’ reasoning and the figure of 4,000 people.

The company said it will continue talks with residents to avoid wasting equipment and money.